The year was 1853. In Venice, Italy, Verdi’s La Traviata premiered, while in the USA, the first horse-drawn fire engine made its debut in Cincinnati, Gail Borden patented his process for condensed milk, the first potato chips were prepared, Steinway pianos were founded in New York, Antoinette Blackwell was the first woman to be ordained a minister. On Lancaster Street in Boston, Massachusetts, the Boston Academy of Notre Dame opened its doors to educate young women. Now, 162 years later, the school continues, in the tradition of our early Belgian Sisters to educate girls, from grades 7 through 12, in faith, character, and scholarship, by following St. Julie Billiart’s inspiration to “train up strong women.”

The original academy outgrew four campuses in Boston: Lancaster Street, Berkeley Street, the Fenway [now Emmanuel College] and Granby Street. In 1954, the Boston Academy merged with Notre Dame Academy (NDA) in the Roxbury neighborhood of Boston and in 1965,the school relocated to Hingham, Massachusetts, 15 miles south of Boston. While locations changed through the years, the purpose and ideals of the school continue in programs always focused on St. Julie’s mandate: “Teach them what they need to know for life.” Academic excellence and faith formation are primary goals for all students. Graduates are well-prepared for further study at college/university level and are also well-grounded for life in faith and ethics.

Women: Business, Science and Environment
Throughout the years, the Sisters with lay faculty and administrators adapted the curriculum to meet the needs of the day. Early in the school’s history, when men dominated the business arena, the Academy offered business courses and trained young women to work in office settings. In years when science courses were not considered the norm for girls, the Academy offered biology, chemistry and physics. The science curriculum now includes

environmental science courses as well as engineering and robotics. Students work with local environmental agencies to identify and register vernal pools for protection. A vegetable garden, planted on campus last year by faculty and students, yields produce for the school’s dining service. In the near future, the students and faculty hope to share vegetables with local food pantries.

A Generation of Women in Social Justice
In the 1960s, with the new directions in the Church after the Second Vatican Council, the Academy updated the religion curriculum to include social justice courses with a service component and encouraged students to question and seek the truth. Alumnae from every generation realize that the Sisters taught them for generations to find their voice as women on major social issues. Today, NDA students focus on global education and the care of the earth.

Language study is still a critical element in the curriculum, with programs in French, Spanish, Latin, and also Mandarin Chinese and American Sign Language. Multi-cultural travel experiences to England, France, Spain, Italy, Costa Rica, China and various parts of the United States include a service and learning component for the students. The Academy also collaborates in an international student exchange program with Notre Dame High School in Plymouth, England.

NDA’s greatest resource is its faculty and staff. Well-educated and committed to the Mission of the Sisters of Notre Dame de Namur, these women and men inspire students to stretch beyond who they are now to reach new horizons. They model life-long learning and community involvement. Service is a way of life at NDA where faculty and staff work side by side with the girls in all the service projects.

Current and prospective parents visiting the school recognize the comfortable relationship in the classes between teachers and students. Many alumnae have been and are today faculty, staff and administrators at Notre Dame Academy, as well as in other ND ministries. Also, many young women educated at these different campuses of Notre Dame Academy have entered the Sisters of Notre Dame de Namur, to carry forward the Gospel Mission in academies, parish schools, centers and to stand with the poor in varied ministries in the US and across borders, cultures and generations. 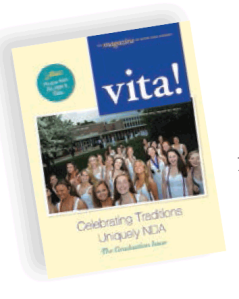 Faithful to making known God’s goodness, the NDA community continues to thrive and to educate a new generation of young women to proclaim the Gospel in their daily lives and for years into the future.